…and yet, the New Zealand media carefully avoids such reporting of corruption at very high levels. Is the “media watchdog” then, as such, not owned by the very people whom the media should exposing?

United Nations findings were briefly mentioned (thank goodness) in a PBS radio broadcast, but were never apparently heard of, nor covered again in any mainstream news media.

The PBS broadcast occurred while an ex-officio prime minister, Helen Clark from New Zealand, was in office at the United Nations AND New Zealand was making a bid for a seat on the UN security council. Elections for Prime Minister were imminent.

The “Dirty Politics” scandals were well underway with elections looming.

Wrongfully imprisoned Henry Alfred Goolsbee was leading a civil rights and human rights campaign from WITHIN New Zealand prisons at the time, hoping to expose the plethora of ongoing ICCPR (United Nations) violations that were being perpetrated by government officials at many levels, including, but not limited to, the New Zealand Office of the Ombudsman itself under the hand of Dame Beverley Wakem (Chief Ombudsman) herself!

Standing With My Hero(s) 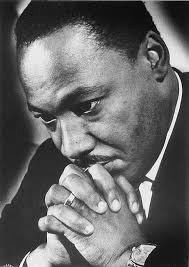